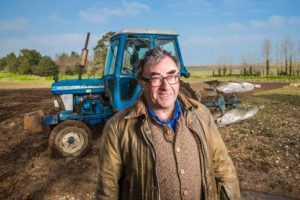 There’s a BBC TV show currently on air called “Normal for Norfolk” that follows the rather eccentric gentlemen farmer Desmond MacCarthy as he struggles to keep his 17th Century manor home afloat, whilst holding onto the country traditions of his childhood.

The title is taken from a somewhat derogatory term originally from the medical profession to describe folk who betray a somewhat rustic streak.

But what is “Normal for Norfolk”?

Most folk’s perceptions of Norfolk are fueled by quirky news stories and social media posts that emerge from the county. Steve Coogan affectionately captures this quality on screen in his portrayal of Norwich’s most famous son Alan Partridge.

However, if you spend more time in the area, then you realise that the population of Norfolk are actually normal, and it’s the “furriners” behaviour that is slightly out of kilter with the human condition.

I’ve spent a good chunk of my working life in the busy suburbs of Manchester, yet in the quarter century that my folks have lived in Norfolk, I have come to appreciate the county in a positive light.

One should not merely tolerate the so-called eccentricities of Norfolk life, for it is the accumulated quirks of English folk that make the country what it is today.

If “Normal for Norfolk” is a chap trying his hardest to keep tradition and business alive, a tidy country village with no litter or graffiti, spending lazy Sunday afternoons relaxing by the coast, or a passion for life that transcends the consumerism of city life, then you can count me in!